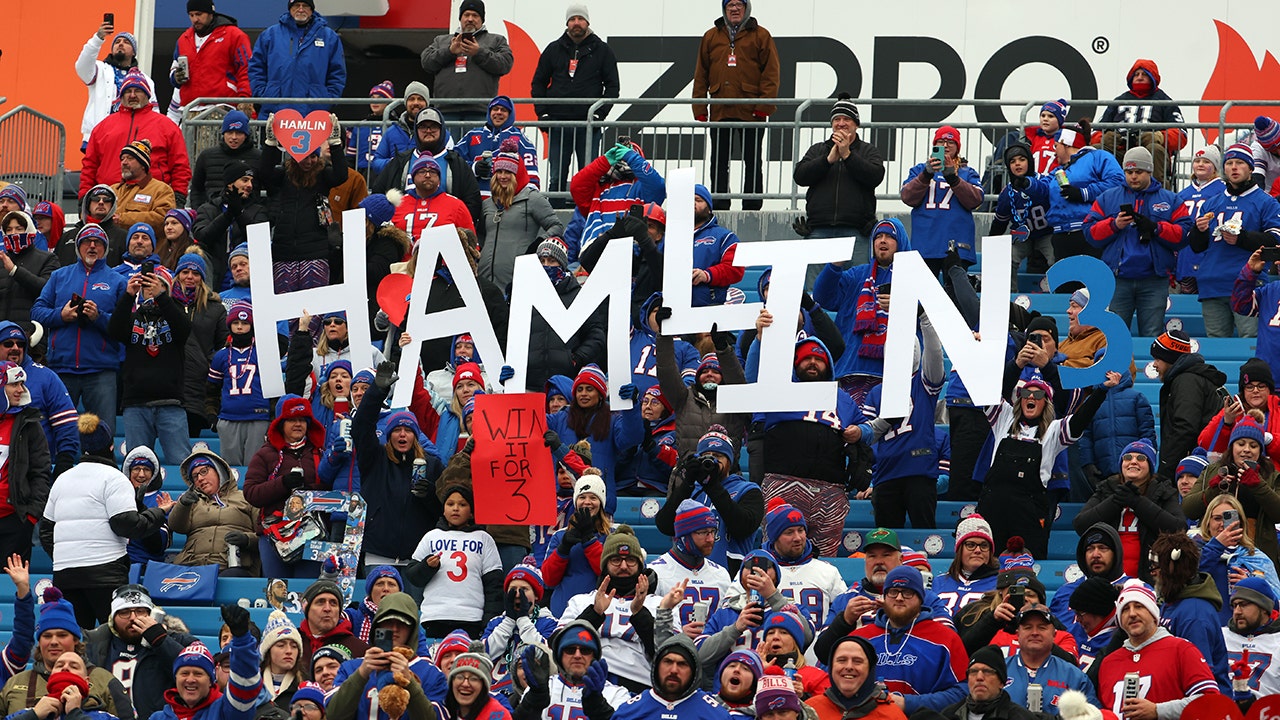 With Damar Hamlin looking on, the Buffalo Bills opened their final game of the 2022 regular season against the New England Patriots in electric fashion.

Nyheim Hines returned the Patriots’ kickoff 96 yards for a touchdown to open the game. It was Hines’ first kick return touchdown of his career and set the tone for the start of the game.

Buffalo Bills running back Nyheim Hines warms up before a Bengals game on January 2, 2023 at Paycor Stadium in Cincinnati, Ohio.
(Ian Johnson/Icon Sportswire via Getty Images)

Hamlin was watching the game from his hospital bed at the University of Cincinnati Medical Center as he recovers from an emergency medical cardiac arrest suffered during Monday night’s game against the Cincinnati Bengals. Hamlin tweeted his support for him to his teammates before the game and also had the perfect reaction to Hines’ kickoff return for a touchdown.

Hamlin tackled Bengals wide receiver Tee Higgins, got up off the tackle, then collapsed to the ground. The team said he went into cardiac arrest and needed to have his heartbeat restored on the field before he was rushed to hospital.

Over the course of the week, the news about Hamlin’s condition improved. On Saturday, the doctors who treated Hamlin described his neurological function as «excellent.» The Bills said Hamlin continues to breathe on his own but remains in critical condition. He was removed from a ventilator on Friday and he displayed the ability to speak.

Hamlin also tweeted for the first time since the incident.

«Putting love out into the world comes back 3x…grateful for everyone who reached out and prayed. This will make me stronger on the road to recovery, keep praying for me!» wrote on Saturday.