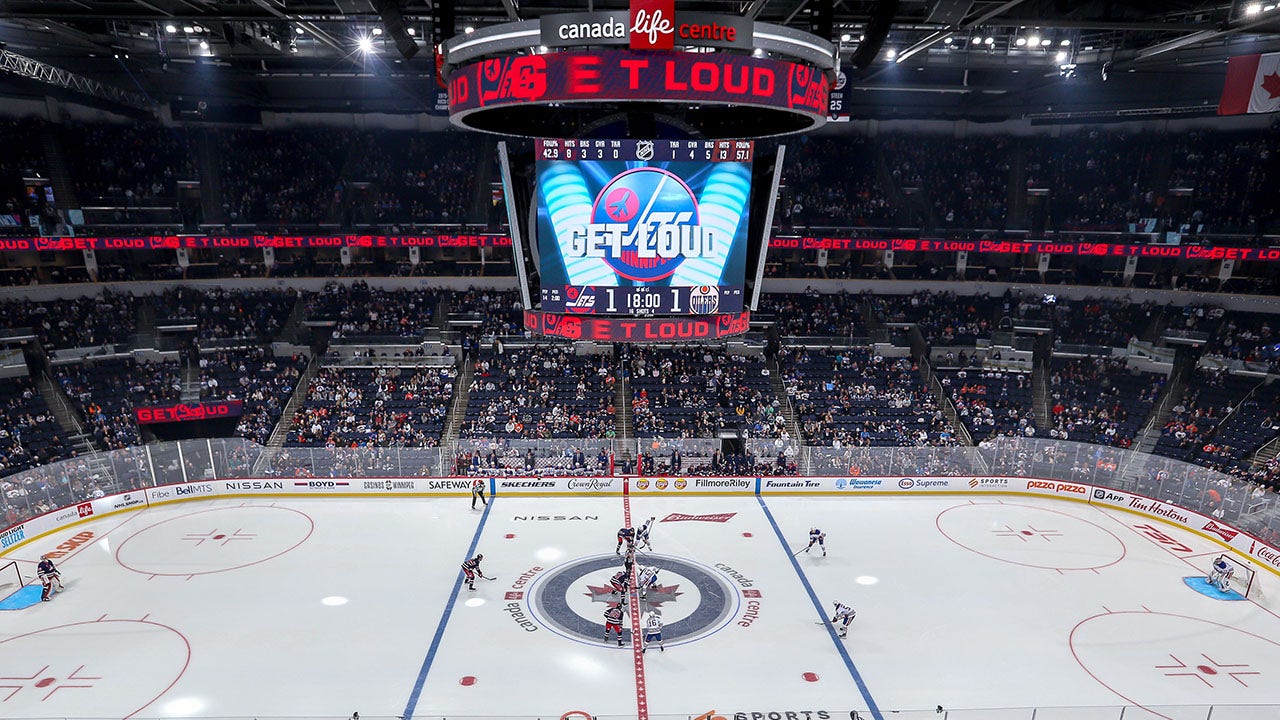 The Winnipeg Jets and Colorado Avalanche have had strong starts to the season, but some of their fans apparently had some pent-up anger.

A brawl between fans of the two teams turned bloody during a game Tuesday night at the Canada Life Centre.

The arena bowl during the second period opening matchup between the Winnipeg Jets and the Edmonton Oilers in preseason action at the Canada Life Center on October 1, 2022 in Winnipeg, Manitoba, Canada.
(Darcy Finley/NHLI via Getty Images)

Security tried to escort two Avalanche fans, who were apparently drunk, out of the arena, but they allegedly attacked security.

That’s when a Jets fan stepped in to intervene, but was pushed and fell down the lower bowl stairs, hitting his head on the boards and cutting himself.

He was reportedly on the ground for some time before officers arrived. Two fans were handcuffed and led out of the arena.

The Jets won the game, 5-0, thanks to Blake Wheeler’s three-pointer.