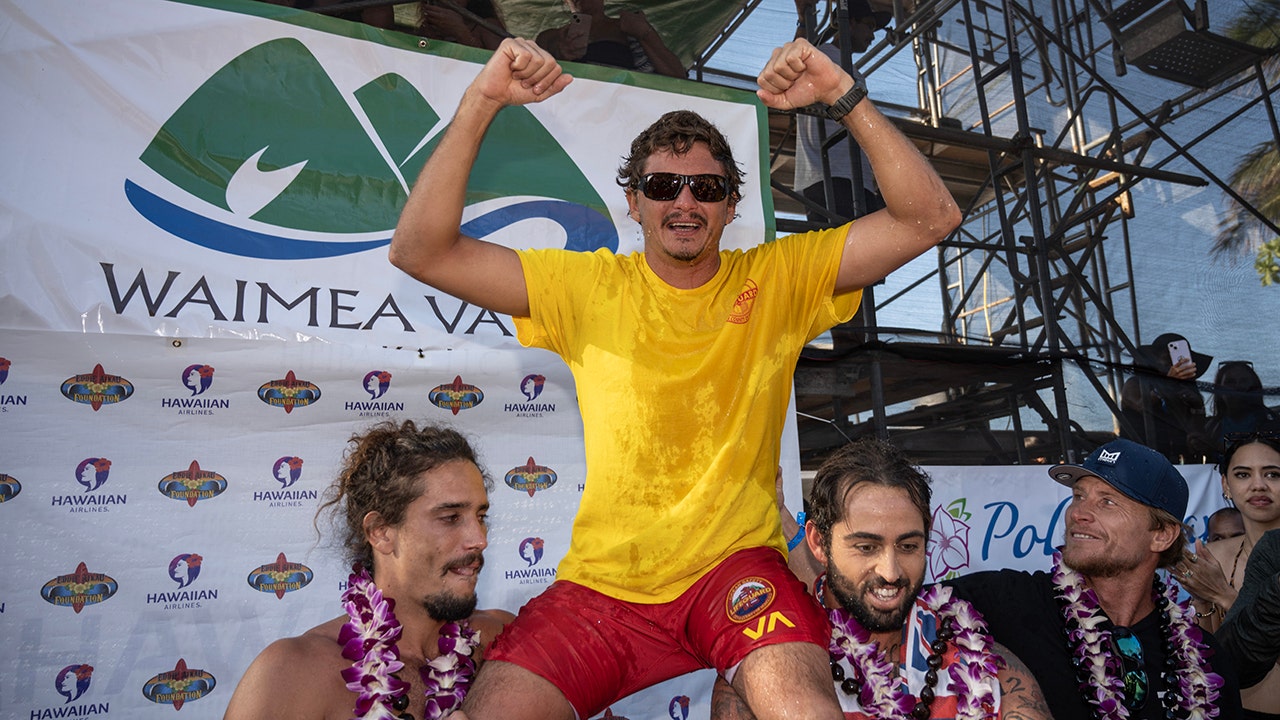 Luke Shepardson got his big break on Sunday.

The Hawaiian lifeguard took home first place in one of the most prestigious and historic surfing contests in the world: the Eddie Aikau Big Wave Invitational, also nicknamed «The Eddie.» The event is considered the Super Bowl of surfing and he won with a near perfect score of 89.1.

Participants line up their surfboards to pray during the In Memory of Eddie Aikau opening ceremony at Waimea Bay near Haleiwa, Hawaii on November 30, 2006.
(AP Photo/Lucy Pemoni, File)

«I told myself, ‘I’m in this because I can win it,'» he told Hawaii News Now after the event. «It was super scary, the waves were huge and it was a dream come true just to be a part of ‘The Eddie,’ just to be on the alternate list.»

Shepardson, from the North Shore, started the day in the Honolulu Ocean Safety lifeguard tower and was able to participate in the event thanks to an extended break from her immediate boss, according to The Sydney Morning Herald.

«I can’t believe it, it’s crazy. I have to go back to the tower to make sure everyone is safe until the end of the day,» he added.

Shepardson and his fellow lifeguards kept busy all day as 64 rescues were reported during the day, The Sydney Morning Herald reported.

The one-day contest, held at Waimea Bay on Oahu’s North Shore, proceeds only when the swell is big enough during the winter big-wave surfing season from mid-December through March. Prior to this year, it had only been held nine times since the initial event in 1984.