Transfers and digital payments in real time, the next wave – Sectors – Economy 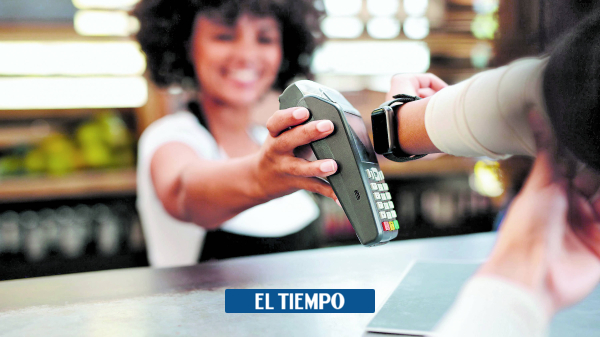 Although Brazil continues to be the undisputed leader in Latin America in terms of electronic commerce and payments, Colombia, which ranks third, behind Mexico, has been shortening the great advantage that the South American giant had on these fronts.

And although for this year the country is expected to face a strong contraction of its economy, like the rest of the planet, e-commerce is expected to continue to grow an estimate of 89 percent by 2026, reaching sales of more than 14,000 million dollars, according to the most recent ‘Latin American Electronic Commerce Report’, prepared by the PayU online payment platform.

(Also read: CDT: what is it and why is it a good option to save right now?)

«In 2019 Brazil was very far in advances at the digital level and electronic commerce with respect to the region, there was talk of a 10-year advantage, today that distance has been shortened a lot, although it continues to be a pioneer with the launch of digital instant payments (PIX) by a directive from the central bank and that is revolutionizing payments there”, says Francisco León, Executive Director of PayU for Latin America.

Given the pandemic, those distances were shortened, digitization accelerated, and Colombia was able to get closer to both Brazil and Mexico, where there is greater development of online commerce. «The region in general is moving more and more towards a world where making the online shopping It will be very normal and this will allow, in turn, to democratize payments and do a little more of financial inclusion».

According to the report, in Colombia today some 21 million people are online shoppersthe year-on-year growth of e-commerce billing reaches 26 percent, its participation in total sales is 4 percent, while the average purchase per user is around 126 dollars.

The growth of this activity is similar to that of Brazil and Mexico (27 percent); however, they outperform Colombia in the share of e-commerce sales in the totals, since in the first they reach 17 percent and in the second 11 percent.

In this, the size of each of these markets has a great weight, where online buyers alone exceed those of Colombia by nine and three times, respectively.

In the weight they have virtual sales Regarding the totals of these economies, the undisputed leader is Peru, where this share is 18 percent. In Argentina it is 11 percent and in Chile 4 percent, according to the report.

(Also read: Mi Casa Ya: What has happened to this subsidy, will it continue or will it end?)

For Francisco León, there is no doubt that online purchases and payments are here to stay. The region has been growing well, but with the covid-19 pandemic the progress was enormous, with the advantage that millions of people stayed with this habit given the advantages it offers in terms of safety, efficacy and efficiency.

«Internet payments showed consumers an effective purchasing mechanism. A report from the Chamber of Electronic Commerce indicates that about half of Colombians are online shoppers and at least 20 percent make a purchase per week, this has become something recurring, almost a habit for people,” says the expert.

He maintains that before the pandemic, purchases made online were 2 percent, during the crisis they increased to 20 and 30 percent, and now there is talk of about 15 percent, a level at which they remained this year due to conflict between Russia and Ukraine, recession, inflation, the uncertainty due to the issue of cryptocurrencies. “There will be a slowdown, but not a decline,” he says.

But as online commerce advances, so do the means of payment, a segment that has been transforming with the advent of increasingly agile, secure and sophisticated mechanisms.

According to the PayU study, credit card continues to be the most preferred means of payment in the regionalthough others are gaining participation, such as the PSE payment button in Colombia, through which 69 percent of purchases are made on the PayU platform.

This option has gained more than 18 percentage points in the last four years, while credit cards have lost about 15 points in the same period. These reach 28 percent and other methods, such as bank transfer and debit card, only have 0.2 and 1.9 percent of payment operations, respectively.

What is to come

In general terms, Colombian online shoppers make their payments, mainly, with credit and debit cards, as well as with bank transfers, more than 70 percent. Electronic wallets are gaining sharethey already have 14 percent of the payments, although their use in the country is below that of Mexico (27 percent) and Brazil (16 percent).

Another aspect that stands out in the study has to do with the preference of smartphones to make purchases online. Seven out of 10 in Colombia is done through these devices and the rest through computers.

Although in the rest of the countries of the region there is also a greater preference for this device, the percentage of purchases for these is lower than that of Colombia.

(Also read: Credit cards: why is it a bad time to use them?)

The Pix are a means of payment, transfers in real time at quite good costs for the consumer

But how do they pay for their online purchases in other countries in the region? The credit card is still the most used. In Peru and Chile, the second means of payment is the debit card, 27 and 23 percent, respectively, while in Argentina it is cash on delivery (11 percent).

Bank transfers occupy a less important place and cash is almost non-existent in these transactions, except in Colombia, where it has a 10 percent share (payments on delivery).

But with advances in technology this will change faster than you think.
According to Francisco León, from PayU, «the next wave is interoperability and real-time paymentsas well as instant transfers», something that will be accompanied by players like them and payment facilitators in different markets.

But greater development will be needed in each of the financial industries in the region and the participation of central banks, as is the case in Brazil, which created the Pix, one of the payment methods with the largest growth ever seen in the industry.

«The Pix are a means of payment, transfers in real time at quite good costs for the consumer and that also generates real security for each of the businesses,» explains León, who notes that the Banco de la República and financial institutions are beginning to explore the topics of transfers and payments in real timewhich will help reduce the use of cash.

The next step, he says, will be digital currencies, with which there are already pilots, as in China, but we also have to wait and see what happens with cryptos.

Pix, the system with which Brazil is innovating

The Pix is ​​the instant payment system created by the central bank of Brazil in the wake of the pandemic. In a short time, it was consolidated as the most used by Brazilians, surpassing debit and credit card transactions. In two years, 26,000 million operations were carried out.

Currently, more than 700 financial entities are linked to the system. A person only needs a PIX code and a smartphone. From there, he can make all kinds of payments, international transactions, make payments in more than 30 currencieswith the certainty that your banking information is safe and protected.

IMF forecasts an improvement in the global economy, but pessimism grows in Colombia – Sectors – Economy